John's photography career began in 1975 selling prints in an art fair, progressed to illustrating magazine articles, and then to advertising and corporate assignments. In 1990 he began using Photoshop (1.0) and never looked back. "Photoshop", he is fond of saying, "eliminated the boundaries between my imagination and photographic realities".

Over the decade's John has served as an editor with Digital Imaging Magazine and Picture Magazine. He has taught workshops (Santa Fe Workshops, Palm Beach Workshops), has lectured extensively at Photo Plus in New York, and had a book on Photoshop (Master Class: Digital Compositing With John Lund) published by Peach Pit Press. In addition, John has served on the board of directors of APA San Francisco and was a founding member of the stock agency Blend Images.

John was an early pioneer of Photoshop beginning in 1990 and using digital capture in 1994. It was in the early 1990’s John first started creating his “Animal Antics” imagery. Together with his partner Stephanie Roeser they now have the largest collection of photorealistic anthropomorphic animal images in existence.

Stephanie has always wanted to make things but never thought that her artistic and creative tendencies could realistically be her profession. In 2008 she met John and found out that it was possible to make a living taking pictures and more interestingly to her, you could take those pictures and change them into almost anything you wanted.

Stephanie had never used Photoshop and was not particularly computer savvy and so when John tried to describe how Photoshop worked and what a layer was and how you could create a mask and that white made things show and black made them disappear...it was as though he were speaking a different language but with persistence, it started to make sense. John gave her access to the program and to his library of animal photos and with some patient guidance, she was off and running, making an elephant floating by a balloon. Now she was hooked but she craved a challenge.

John had an extensive library of elephant photos from a trip to Thailand so Stephanie decided to focus on trying to figure out what weird things she could have an elephant doing. The goal was to come up with an idea that had some sort of possible advertising uses and that made sense relating to an elephant and ideally, was something that seemed impossible. For her third image, Stephanie proposed that she would create an elephant in thinker pose. John told her that it was impossible, which only served to motivate her more. She spent six months (part time) creating her elephant in thinker pose...sorting through all the elephant source photos to find just the right hand or elbow or ankle to make her elephant look as realistic as she could make it but in an unrealistic situation. The final image was made up of over 100 separate elephant parts taken from different photos. Sometimes she would just take a wrinkle and add it to the image to make the bend of the arm more convincing.

The challenge of taking a task that seems impossible and making it work is what motivates Stephanie. It's one of the things she liked best about her favorite sport, rock climbing, as well. "Easy is boring...I want it to be difficult". Stephanie can bring that same enthusiasm to your project. If you have an idea, Stephanie and John can create it...the crazier the better. Bring it on! 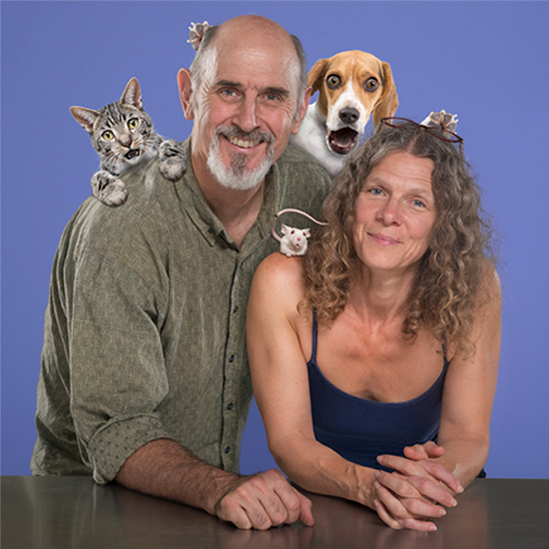 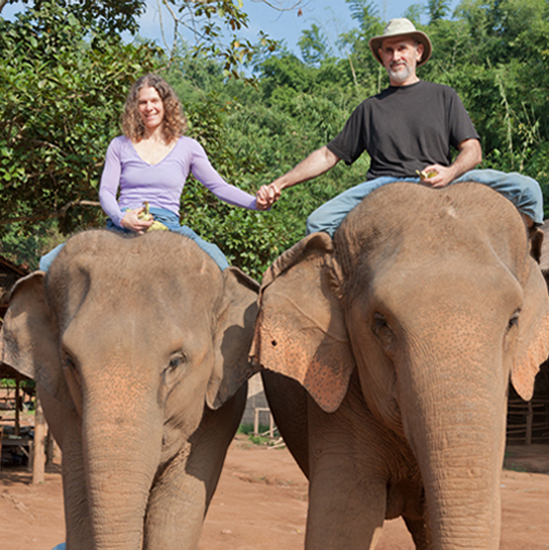 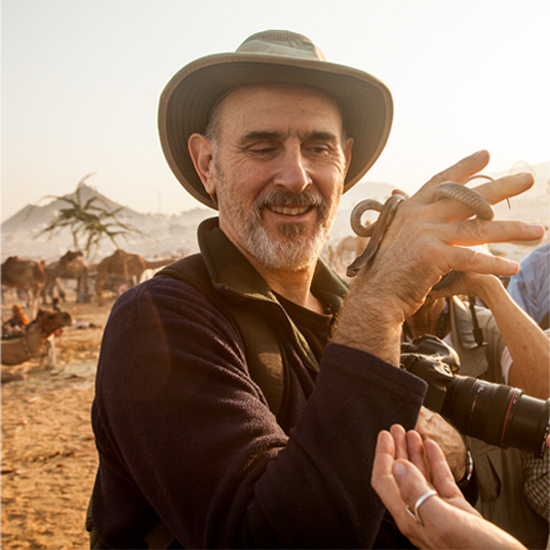 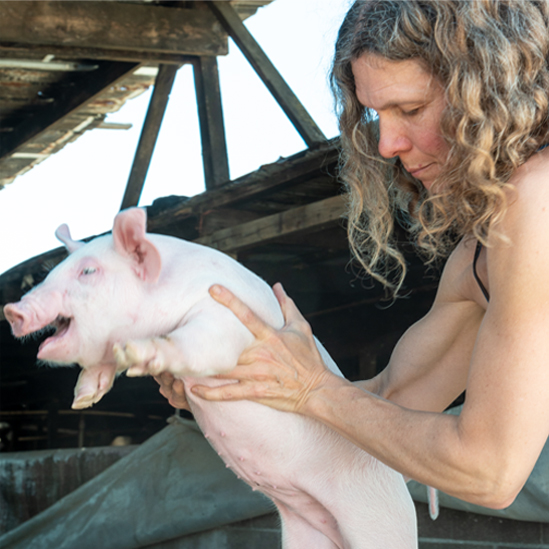 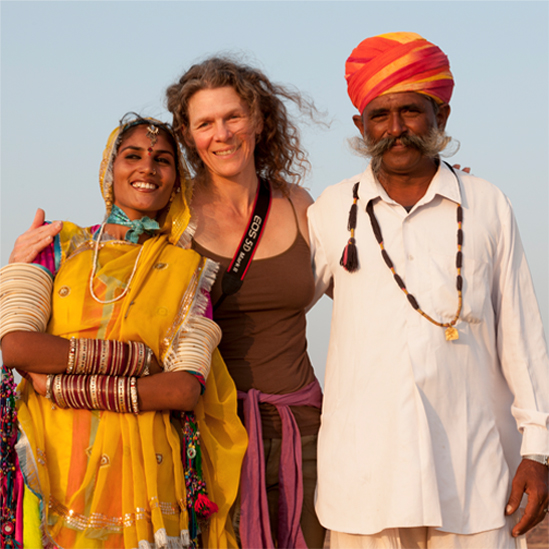 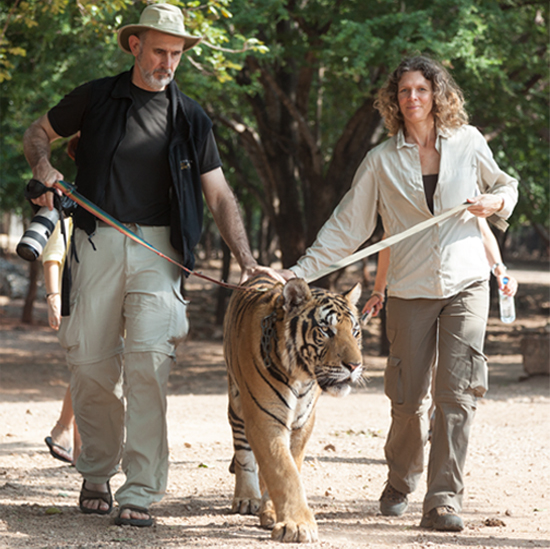 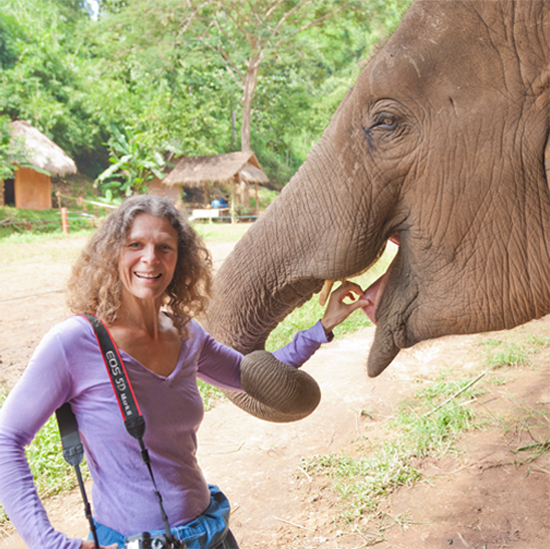 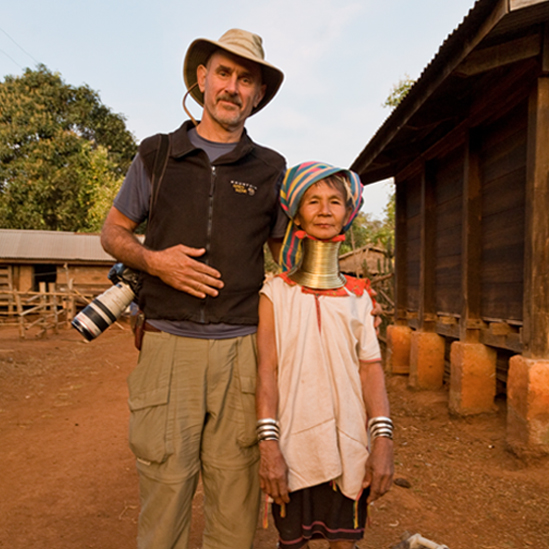 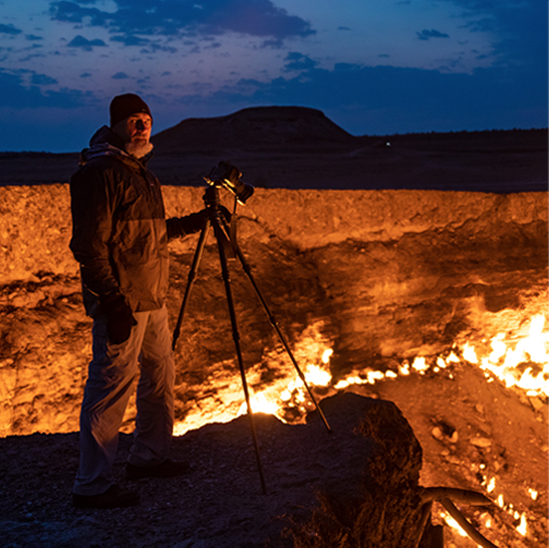 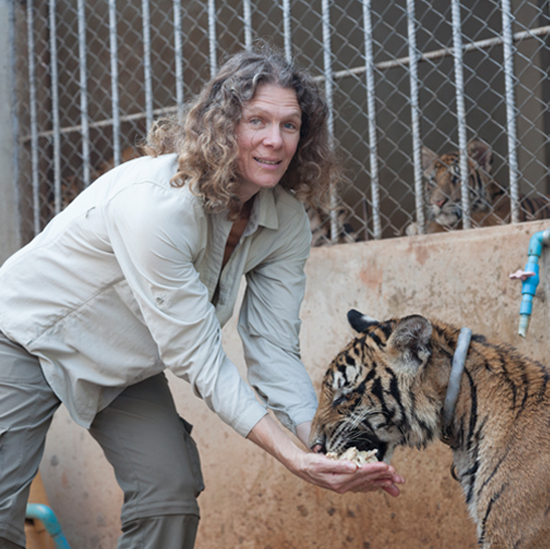 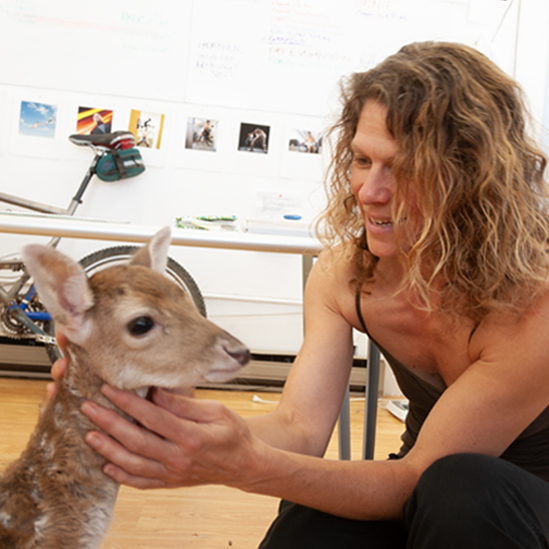